Do you hear the rumbling in the distance? That is the sound of a million animals stampeding in our direction.

The animals have gotten loose, and they are on a great stampede in your direction! And what do they bring? A Cash Stampede! Play this online digital slots machine. 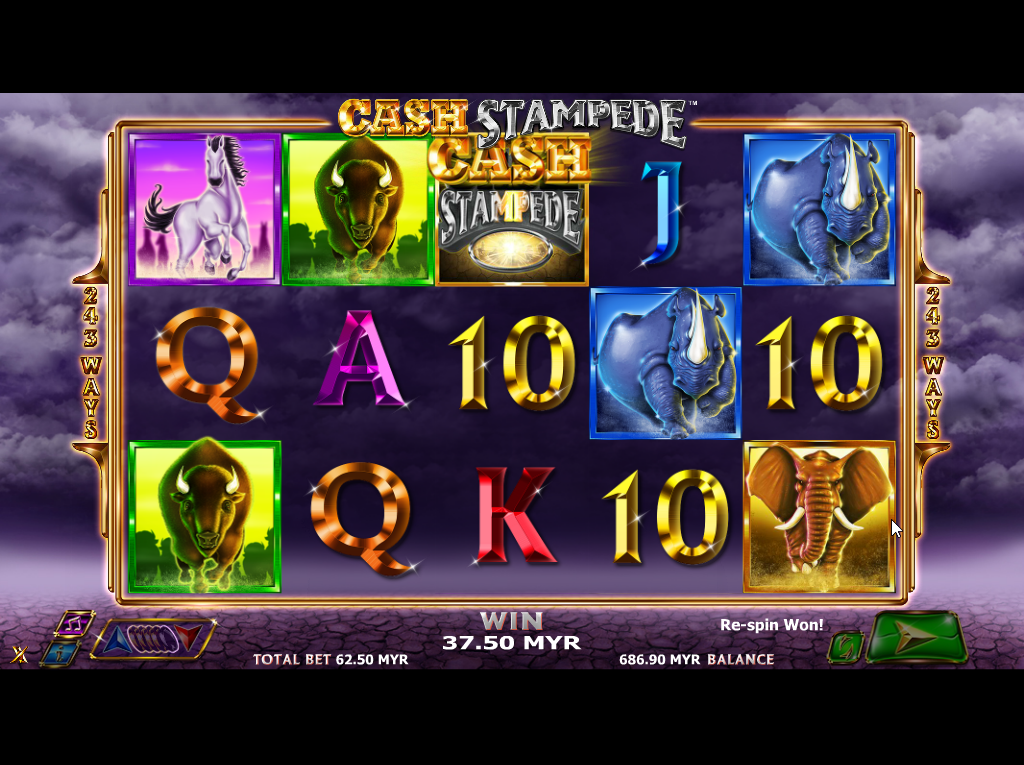 There’s no stopping  the Cash Stampede! All the animals in the wild have taken up a temporary truce to go on a wild rampage in the barren lands! Animals are known to go on great stampedes when agitated, or when they have a certain instinct kicking in. These stampedes can go on for days, where the animals run and run towards an unknown target – ever moving forward. A true sight of relentlessness.

The Cash Stampede online digital slots machine captures the raw feral emotions very well in the game. The game opens up straight into a heavy metal riff, letting you know that things are about to get very real, very fast. The background of the slots game shows a barren wasteland – a flat unassuming surface that is perfect for a great stampede. The symbols on the slots reels are represented by images of the animals who have decided to come along on the great Cash Stampede – the majestic horse, the galloping gazelle, the blundering bison, the raging rhinoceros, and the thundering elephant! 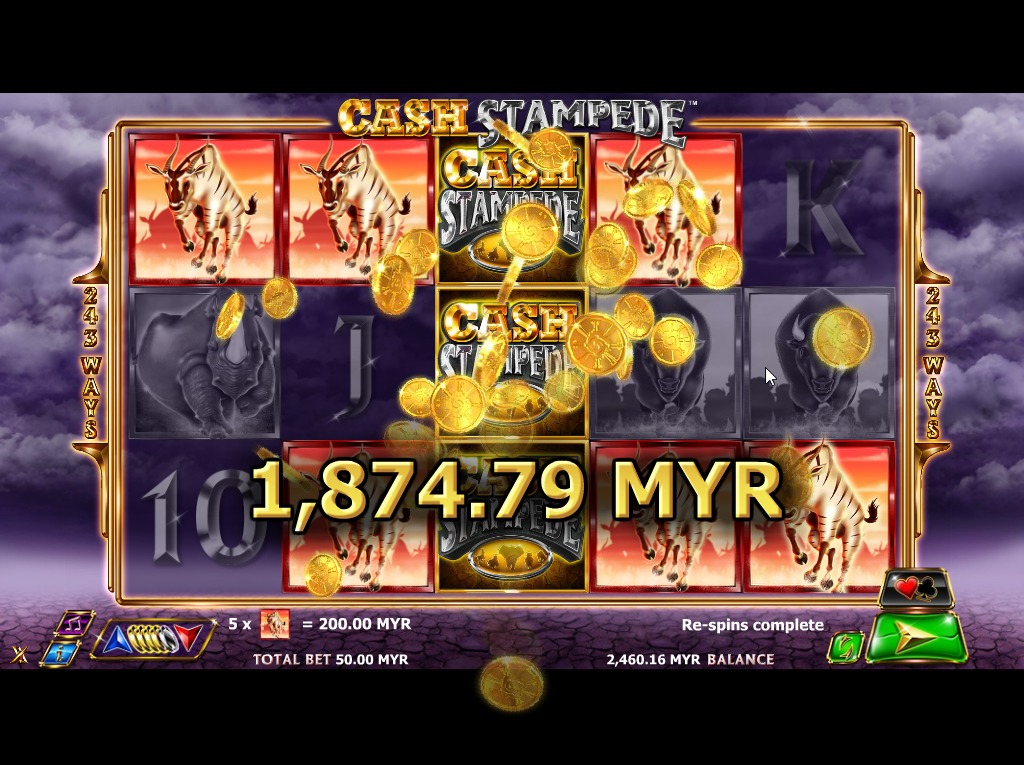 Stomp your way into the next big Cash Stampede! When you open up the Cash Stampede slots game, you are greeted by a simple interface. On the bottom left, you can control the amount you wish to wager on in the game, and the total amount bet will be automatically calculated for you when you make your spin! No fuss in this game, just choose how much you want to bet, and press spin to test your luck against the two hundred and forty three ways to win in this slots game! 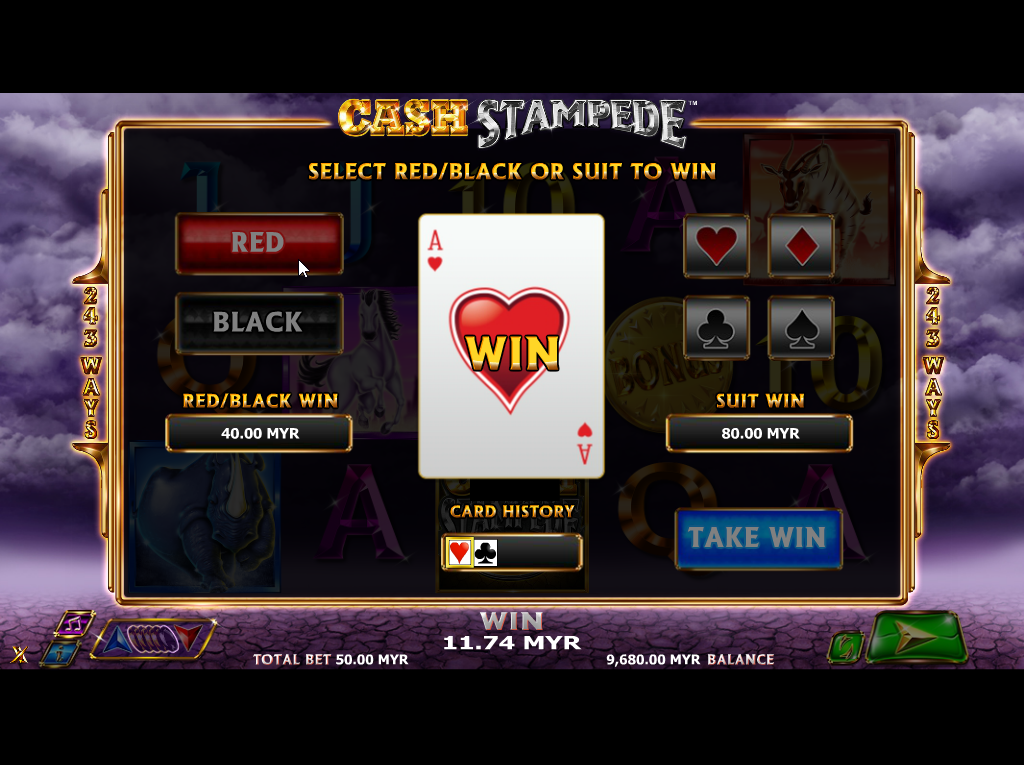 Feeling up for the rush of the great stampede! Take a gamble then! The Cash Stampede online digital slots machine features a Gamble function that allows you to push your winnings even further! Whenever you make a winning spin  on the slots game, you are given the chance to Gamble your winnings. Hit the Gamble button that appears and you are brought into a mini game. In that mini game, you will have to either choose between Red or Black, or choose between one of the four card suits. The card in the middle will then turn over, and if your chosen card is the correct colour, your winnings are instantly doubled (2x)! If you have chosen the correct card suit, your winnings are instantly quadrupled (4x)!

Bask in the thundering thump of a thousand hooves at once – the wonder is hard to ignore. This Cash Stampede slots game brings you great animals and a chance to win real life cash in Malaysian Ringgit from this stampede.