Enter a world of wonder and mystery, where few have laid eyes upon.

Take a gander into mystical and mysterious world of the Dragon Palace, where beyond the gates lie great treasures, riches and fortune. Grab a piece of your own in Dragon Palace online digital slots machine.

Palace of the Dragon 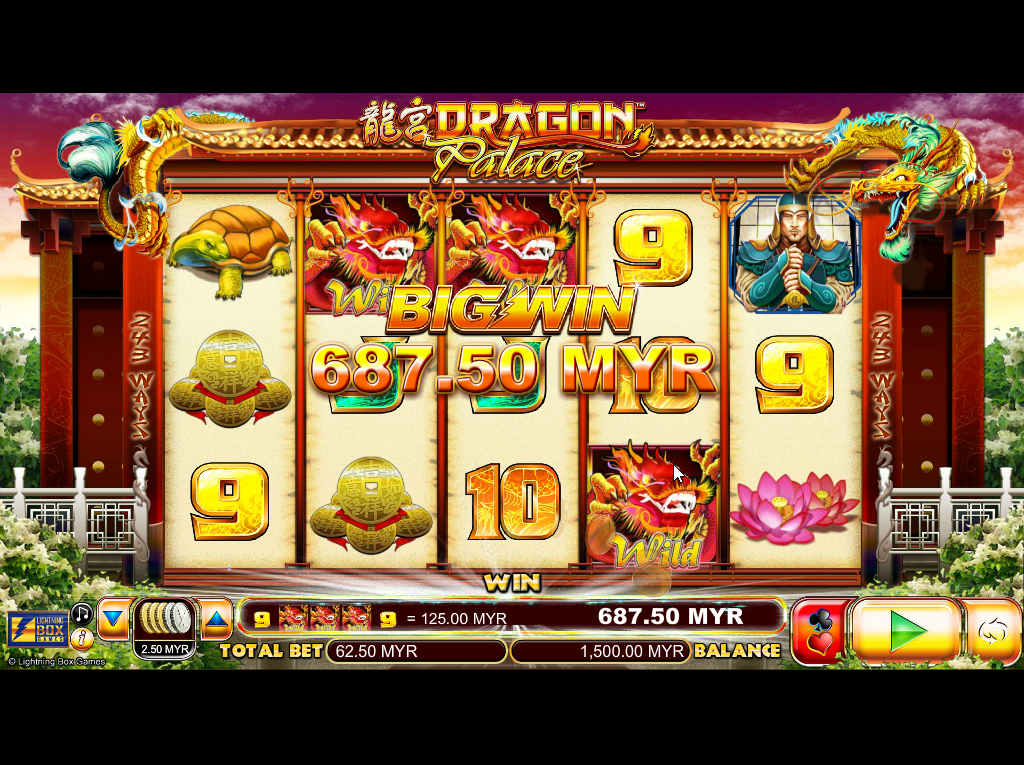 In times long past, the Emperor of China was seen as a being that is greater than humans. He stands in a place where mortals cannot reach, closer to the gods than to the masses of people beneath him. In a sense, he is seen as a great dragon that rules over the entire nation of China. Lay eyes on him is to lay eyes on a divine being.

The Dragon Palace slots game captures this feeling in its entirety, with its grand backdrop of lush greenery standing behind an imposing gate adorned by an ornate dragon of gold. The music captures a majestic yet calm emotion. The many astounding features of the Dragon Palace is represented in the symbols of the slots reels. The beautiful lotus flowers, the golden coins, the turtle of longevity, the koi fish of prosperity, the dauntless palace guards, the palace above the clouds, and the great dragon itself. 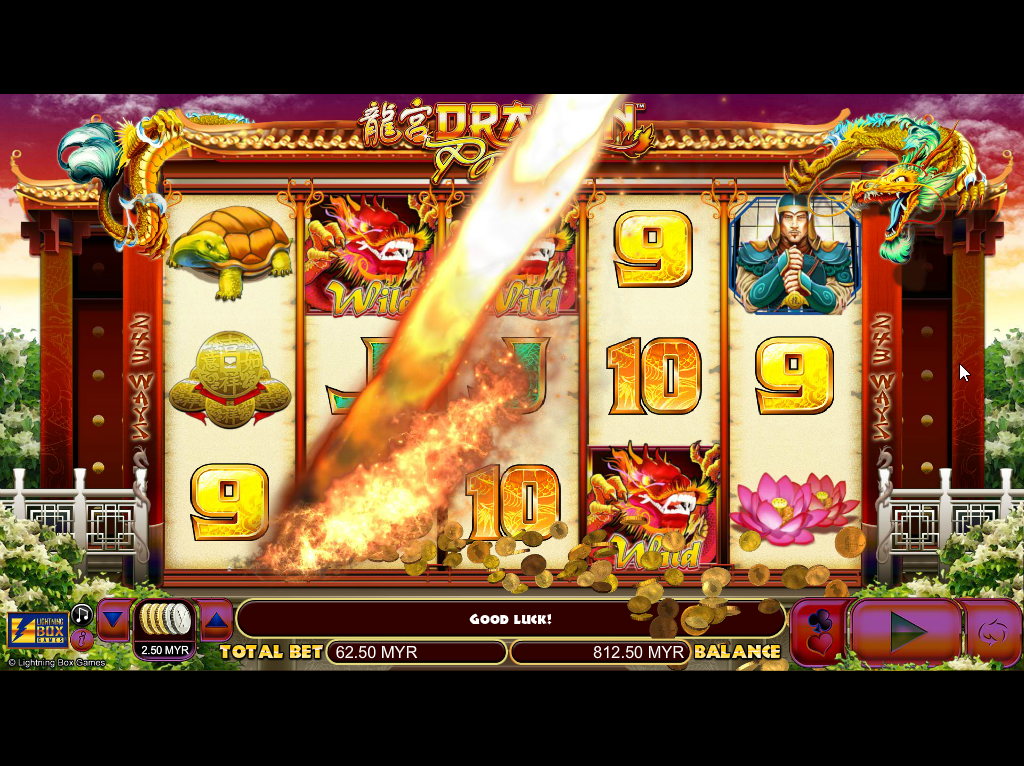 This slots game has 243 ways to win! You are able to make matches as long as you have the same symbols show on adjacent reels, regardless of the rows they show up in!

The “Wild” symbol in this game is represented by the great dragon itself! It will help you make matches with any other symbol in the reels. Allowing you a greater chance of making matches and winning it big! Every now and then, the great dragon will breathe fire onto the reels of the slots game itself. Revealing even more dragon symbols and making even more matches for you! 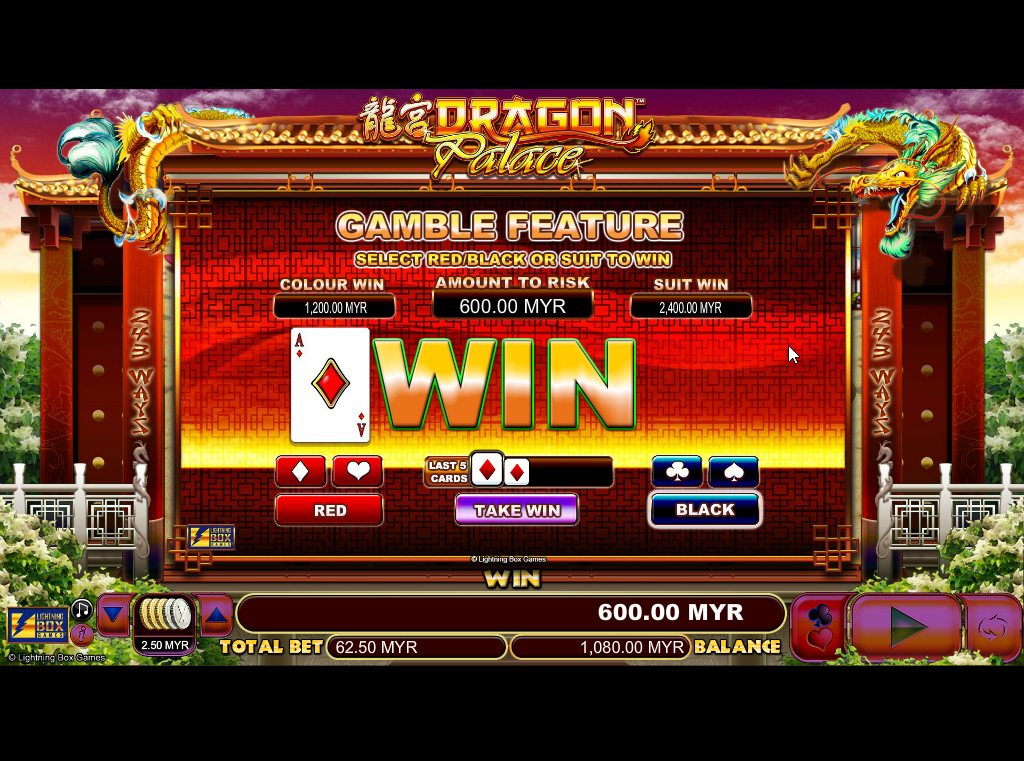 Whenever you win on one of your spins, you are given a chance to use the Gamble function in the Dragon Palace slots game! You get a chance to Gamble.

Discover the hidden treasures within this great palace reserved only for the gods and the greatest of humans, where you stand a chance to win real life Malaysian Ringgit. Take a spin on this mystical slots machine.