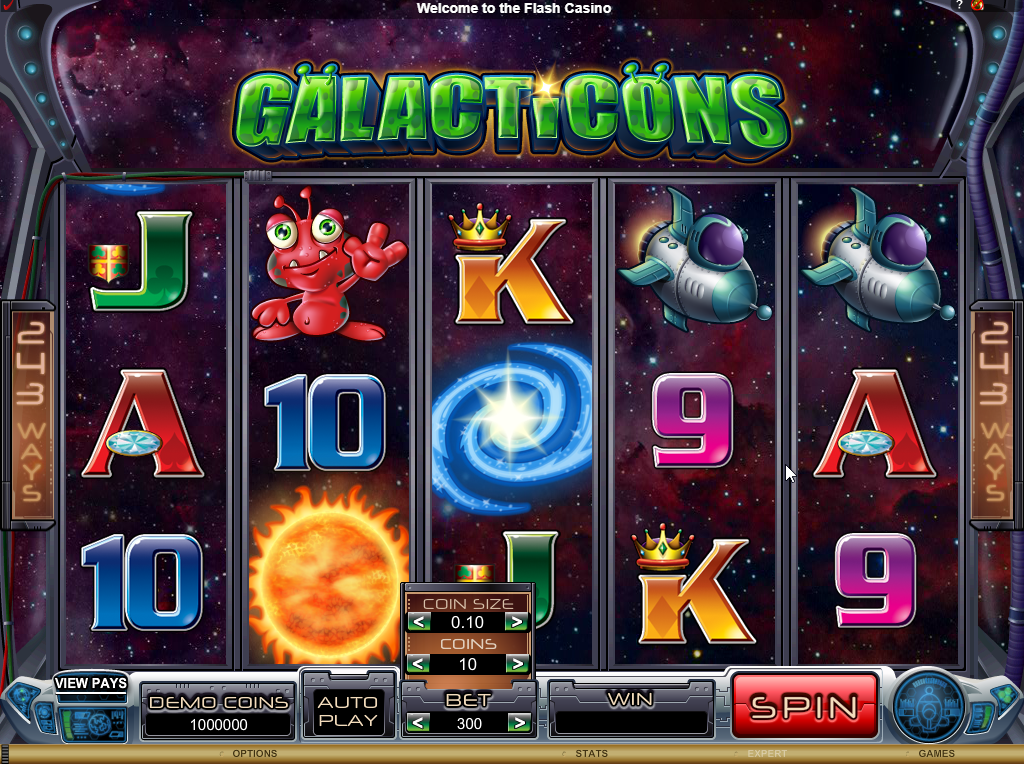 The universe is one, and the stars are collapsing.

Join these advanced spacefaring creatures as they figure out a way to save the fabric of space-time itself in the Galacticons online digital slots  machine on the number one Online Casino and Sports Betting website in Malaysia today .

Bend the universe to your will and watch the Big Bang occur right before your eyes. 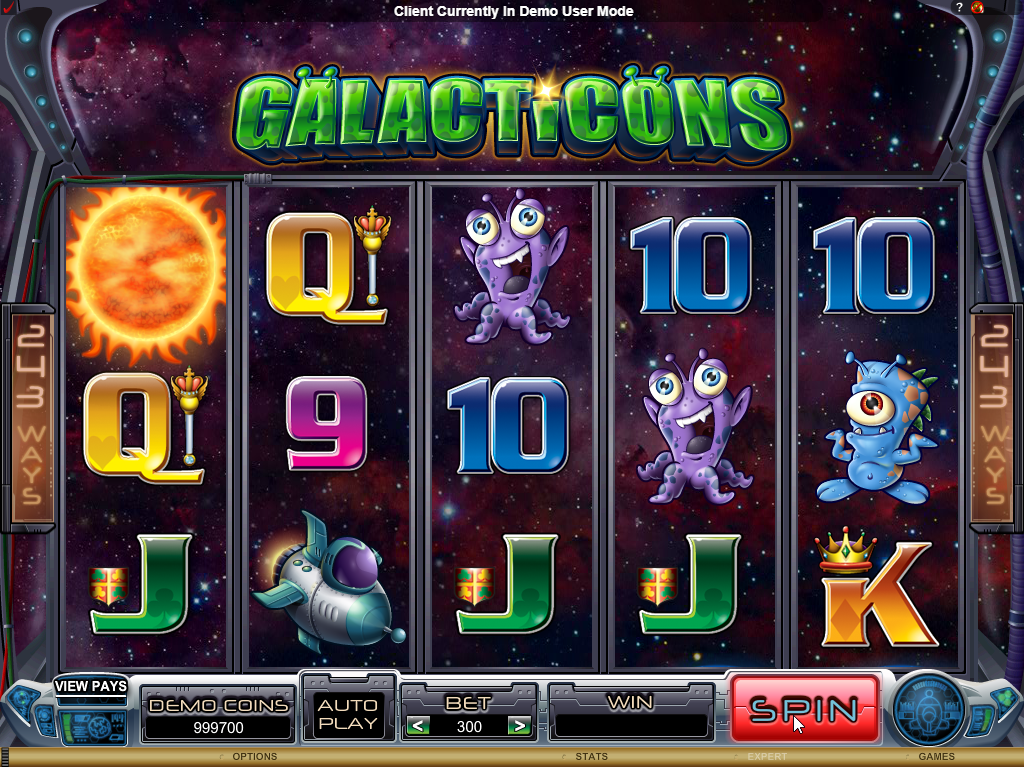 Blast off into space and go where no man has ever gone before in the Galacticons online digital slots machine! When you start off on your epic spacefaring journey, be sure to make a few very important choices that will greatly influence the outcome of your winnings whenever you make matches on the reels! You get to pick the coin size and coins in this slots game. The coin size is the amount in MYR represented by each of the coins you put into this game. The coins is the amount of coins you wish to put into each of your spins in the Galacticons slots game. The more you bet, the more you win! If you wish to make your experience in this slot  machine a simple and streamlined one, simply make your choice on the total bets. This will automatically adjust all the previous options to suit your required bet amount, so that you may start betting as soon as possible without all the fuss! 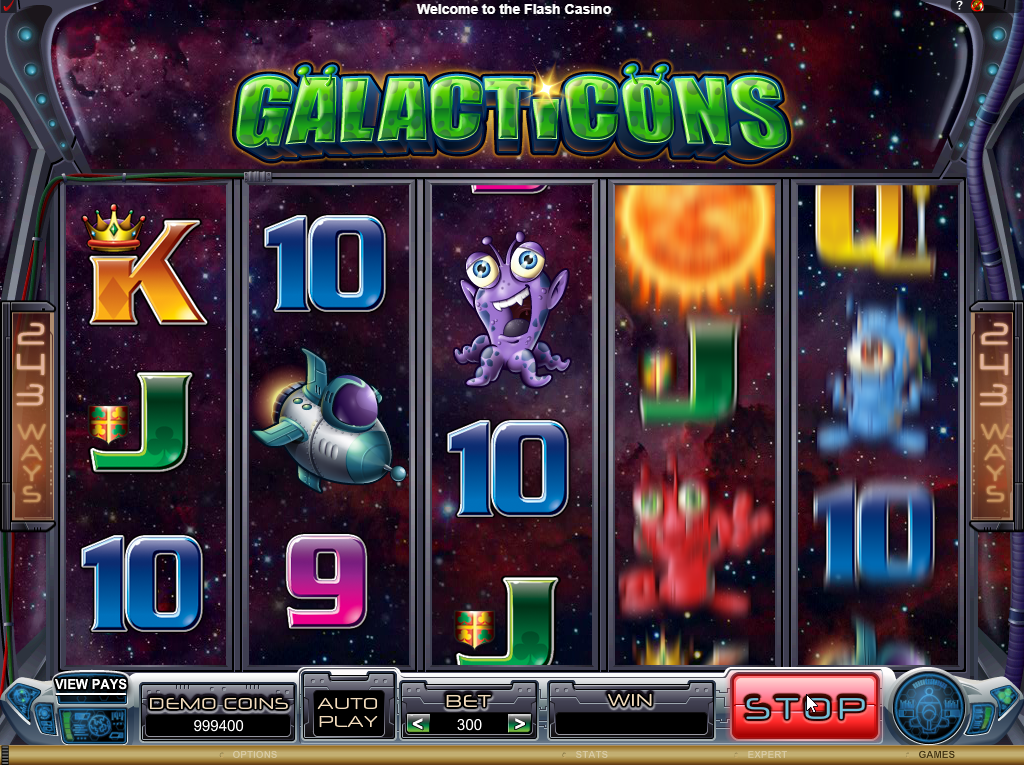 The Galacticons online digital slots machine features a very special mini game called the Big Bang Feature. This Big Bang Feature is triggered when three, four or five of the Sun Scatter symbols appear on the reels. These Scatter symbols will award ten, fifteen or twenty free spins respectively! During this feature,the black hole appears at the start of the free spins and remains on the screen for each free spin. At the start of each Free Spin, the Black Hole moves to a randomly selected symbol position. The Black Hole replaces any symbol it lands on, and substitutes for all symbols except for the Milky Way Wild symbol and the Sun Scatter symbol.

The Black Hole symbol will capture all the regular character symbols that land around it to reveal a random bonus prize of one time (1x), two times (2x), three times (3x) or five times (5x) the total triggering bet. The Black Hole symbol will also capture all Sun Scatter symbols around it to reveal a bonus prize of an extra free spin! Milky Way Wild symbols which land around a Black Hole symbol are captured and will multiply the bonus prizes awarded for the current free spin by two times (2x)! The Big Bang Feature cannot be re-triggered, and all bets played are the same as the game that started the feature. 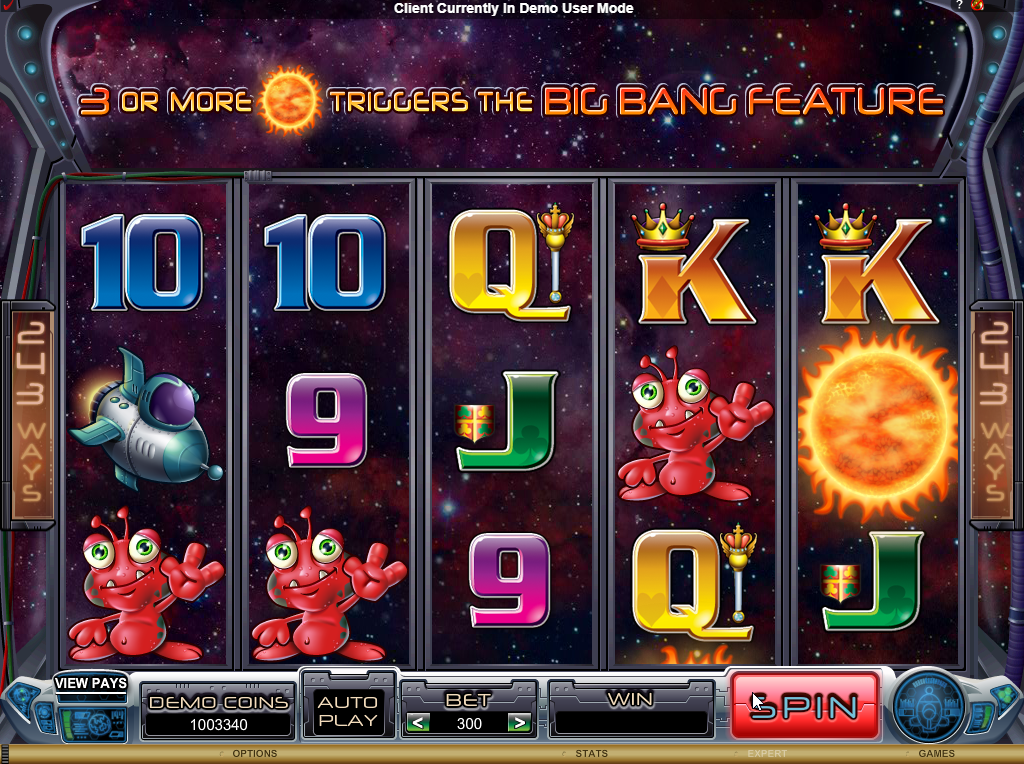 Be sure to also utilise the advanced technology brought forth  by these spacefaring creatures! You can utilise the Auto Play feature that is available on the Galacticons online digital slots machine. When you hit the Auto Play button, you open up a settings menu that lets you set the game to automatically spin itself for five up to five hundred times without human intervention. In these same options, you may also set the machine to automatically stop spinning whenever you hit a win of a certain amount or greater. Be the smart player, let the game play itself for you and keep on winning. Strategise your settings and really let the game win itself for you! Save time, win more! 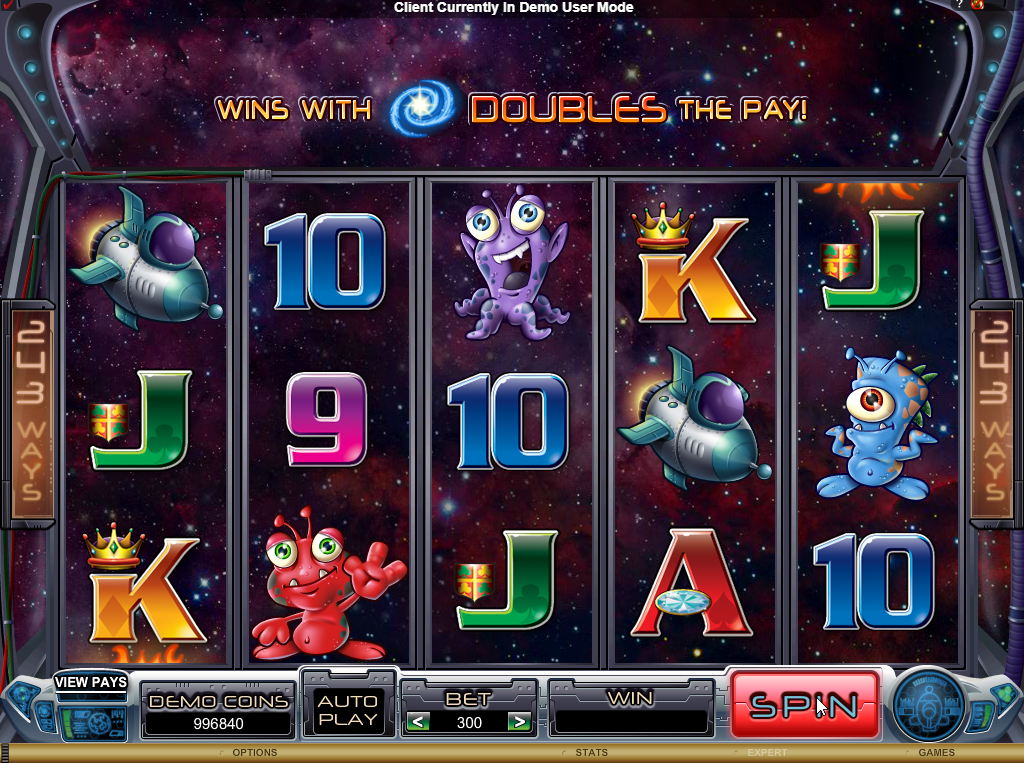 Get into warp speed and discover a whole new universe out there!