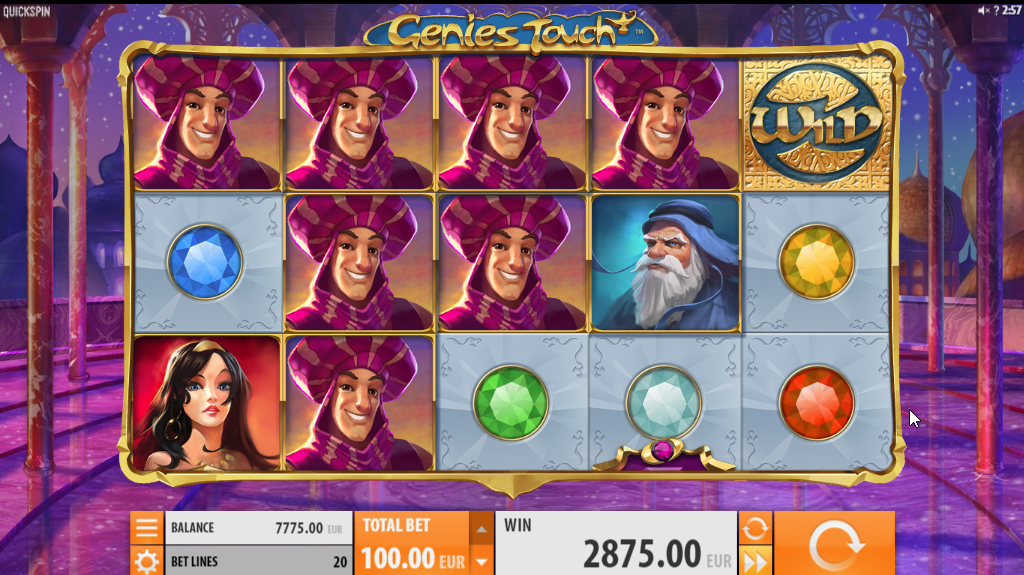 Would you like to sit down and hear a tale of magic and wonders?

Let me show you the world – shining, shimmering, splendid. Tell me, when it comes to slots games, when was the last time you made your heart decide?

The magical world of the Arabian Nights bring you the greatest wonders you have ever seen.

Rub the magic lamp and let the genie take you where you need to go. 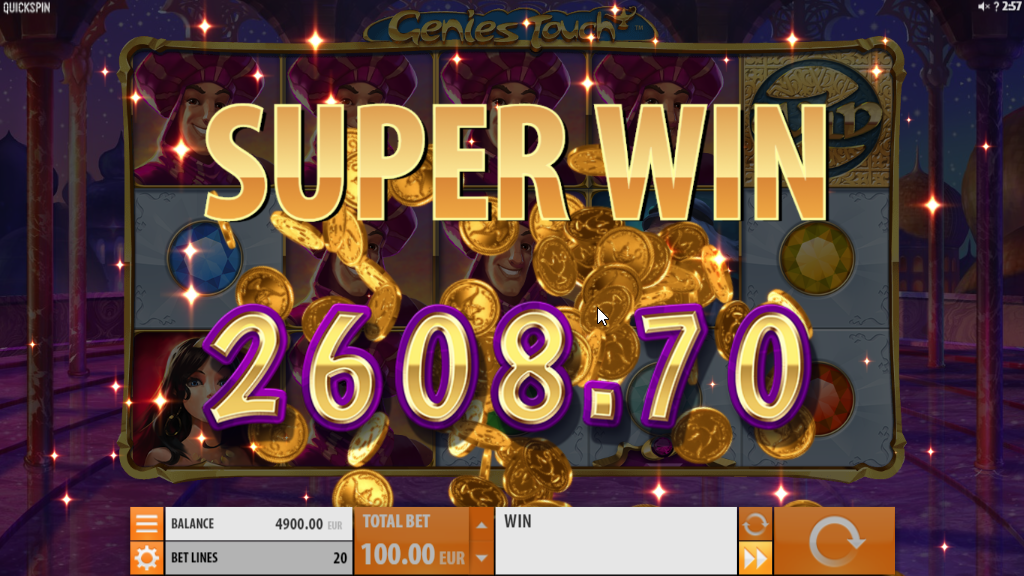 The Genies Touch slots game takes place in the lonely, vast deserts of the Arabian desert. In this arid corner of the world, not much can be found. Or so it seemed at the very first look. However, a more watchful eye will soon discover that something is a bit out of place. Something more is hidden in the seemingly barren lands. In the middle of the Arabian desert lays a secret magical city. That magical  city is protected by a genie’s magic, and is hidden from mortal eyes. The shining, shimmering structures tower over everything, and provides a grand skyline to those who are fit to lay eyes upon it.

The aesthetics of this online slots game take on the shining splendor  of an Arabian city. The borders of the reels are adorned with gold, and the backdrop of the reels can only be best described as a surreal, crystalline palace – surely that of our magical city in the desert. The background music takes on a very Arabian theme, and brings you into full immersion into the magical Arabian world of magic. The Genies Touch slots game features slots reels of the four main characters in our adventure into the unknown – the suave rogue of a prince, the stunningly beautiful princess with her flowing, gentle hair, the evil vizier that betrays the kingdom, and the ignorant king who sits in contentment. 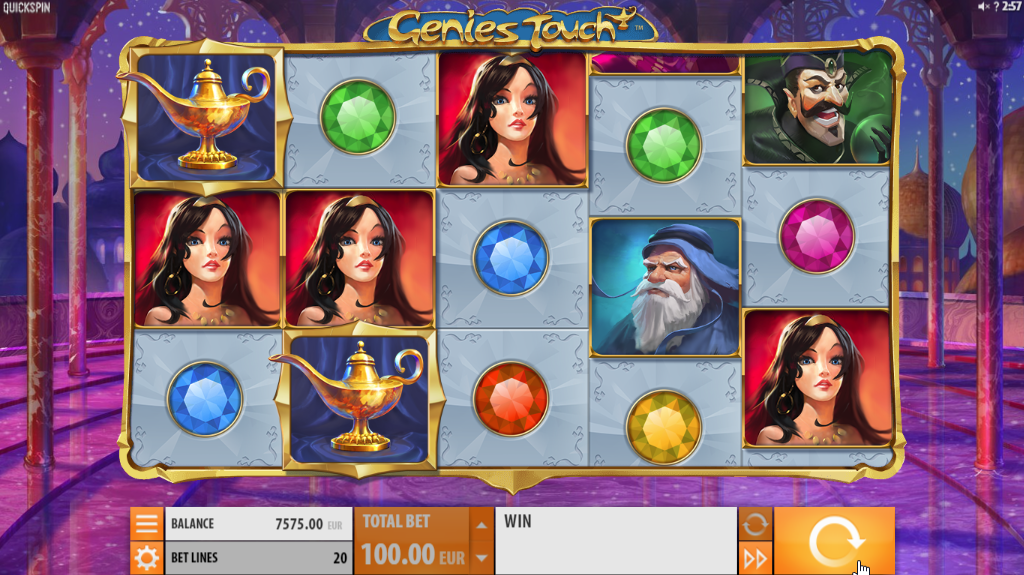 Genies Touch is a well-engineered slots game, featuring streamlined gameplay to ensure that you can start playing quickly without a hitch. Right in the beginning, before you begin spinning the slots reels, you choose the total bet of each spin. The game itself uses EUR as its main credits, however, the amount of bets you put in will be automatically converted to MYR and balanced with your wallet on the gaming site. Your winnings are also similarly adjusted for your convenience. 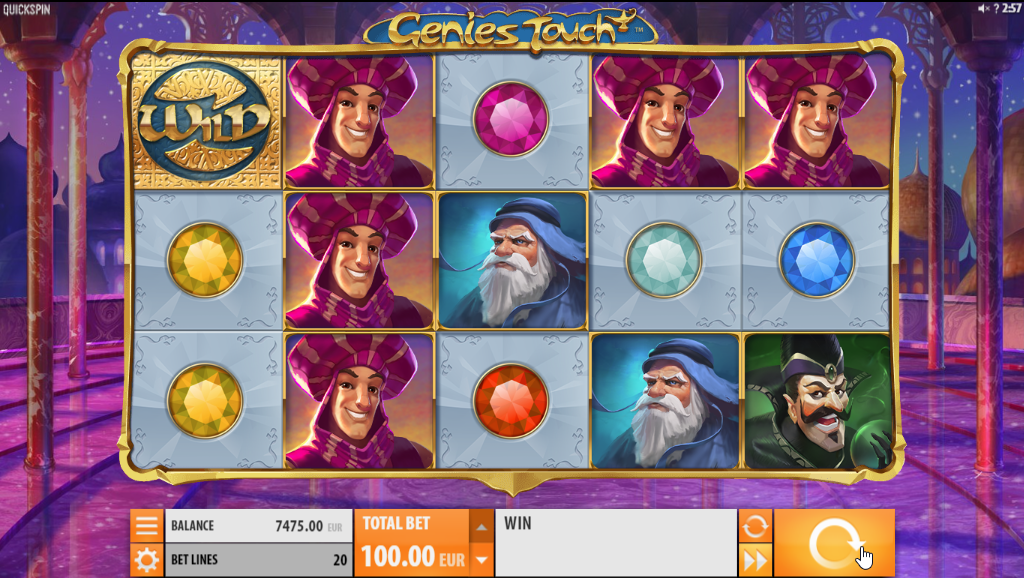 During the Genies Touch special feature, the Magic Lamp Wild symbols activate and an adjacent symbol is randomly selected. One of the selected symbols will be used to replace all other selected symbols, including the Magic Lamp Wild symbols. The game will always choose the symbol that creates the best possible win combination. Three Bonus Scatter symbols on a single spin will initiate ten free spins! During these free spins, extra Magic Lamp wild symbols are added to the reels to help you win even more!

Automation is as magical as a genie. Let the Genies Touch slots game play itself for you and win more with even less effort on your part. You can set the game to automatically spin itself from ten to up to one thousand times. In this game, you can even set some advanced options – further improving your play experience. You can set a loss limit so that you can limit your losses when you are off the hot streak, or set a single win limit so that you can stop the spinning and cash out when you hit a big win. 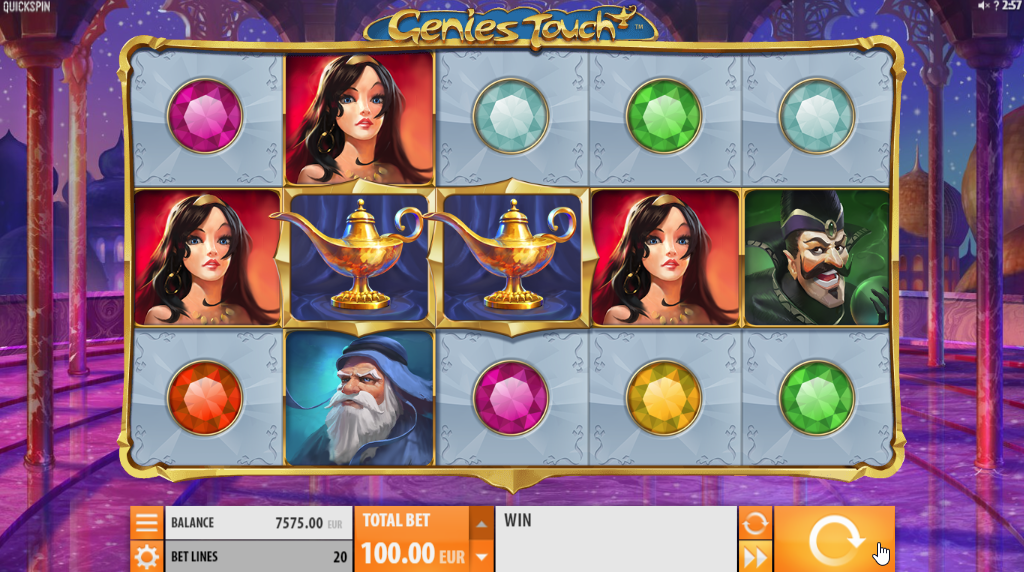 Ride the magic carpet into the magical world of Genies Touch online slots game and win real life Malaysian Ringgit on the number one Online Casino and Sports Betting website in Malaysia.