Do you have the luck of the Irish?

The Luck of the Irish 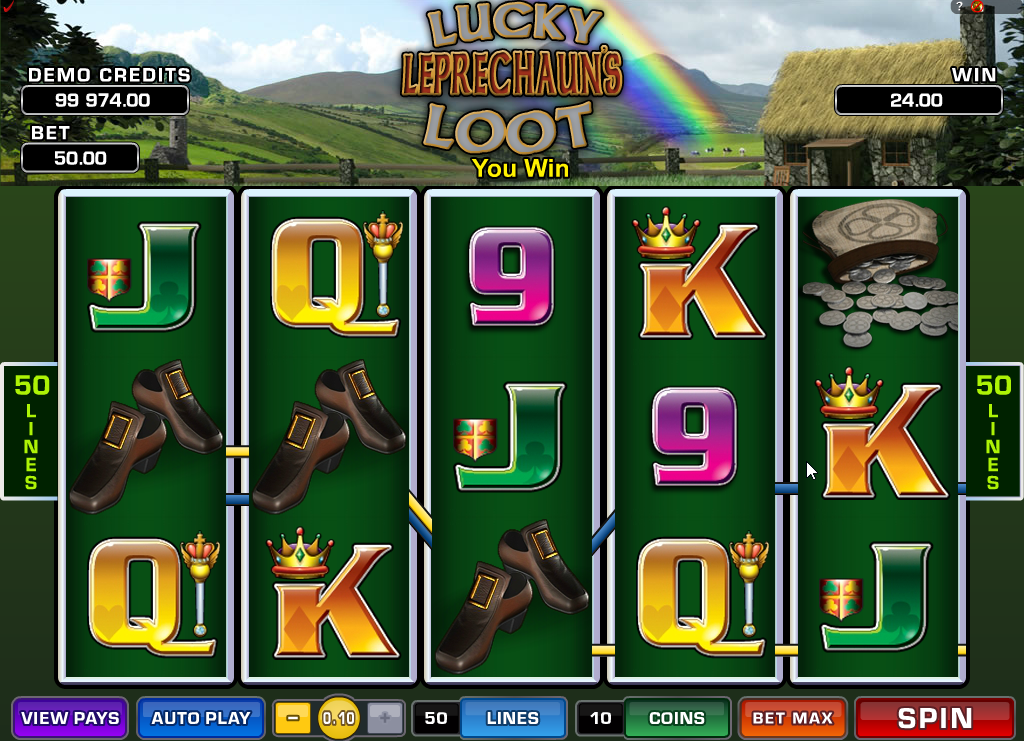 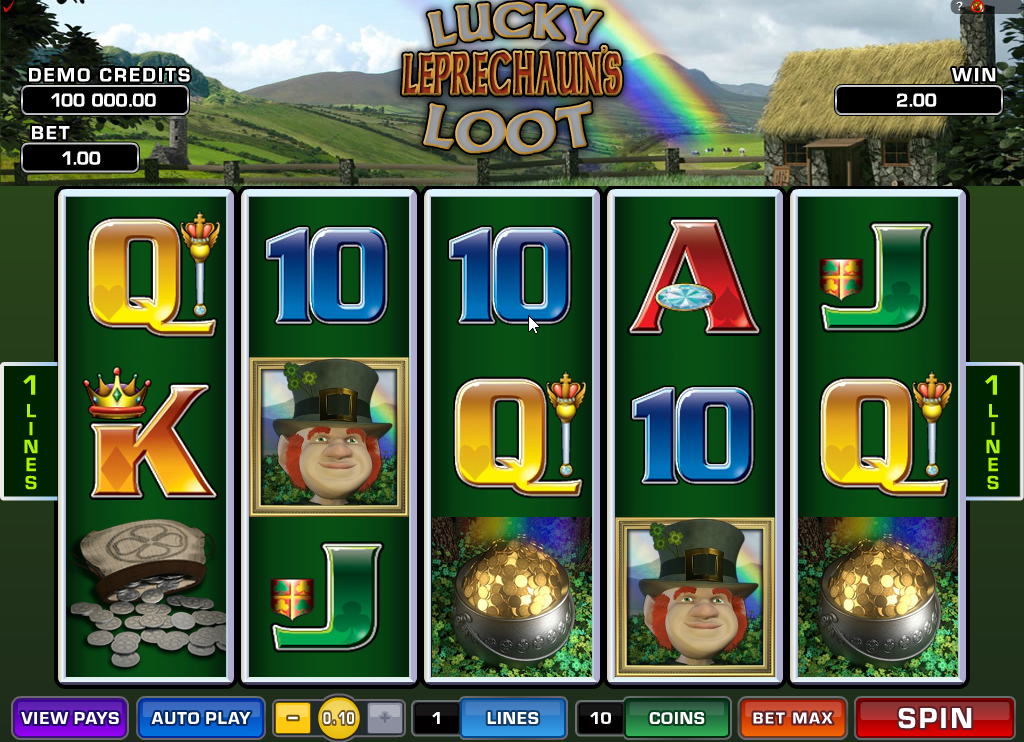 Bask in the glorious luck of the high-spirited Irish mythical creature – the mysterious and elusive Leprechaun. A leprechaun is a type of fairy in Irish folklore. They are usually depicted as little bearded men, wearing a coat and hat, who partake in mischief. They are solitary creatures who spend their time making and mending shoes and have a hidden pot of gold at the end of the rainbow. If captured by a human, they often grant three wishes in exchange for their freedom.

The Lucky Leprechaun’s Loot online slots game faithfully depicts this Irish folklore aesthetic with its accurately rendered graphical elements. The background of the slots reels shows a rustic farmhouse and farmland, as well as the fabled rainbow right in the centre. Everything is coloured green, as it should be – giving the entire game a very distinct fresh feel and very reminiscent of the leprechaun. The reels on the slots game depicts many elements  related to this folklore, including the fabled pot of gold at the end of the rainbow, the overgrown well of legend, the sack of silver coins given by the leprechaun, the shoes of the leprechaun, and the five biggest playing card suits. 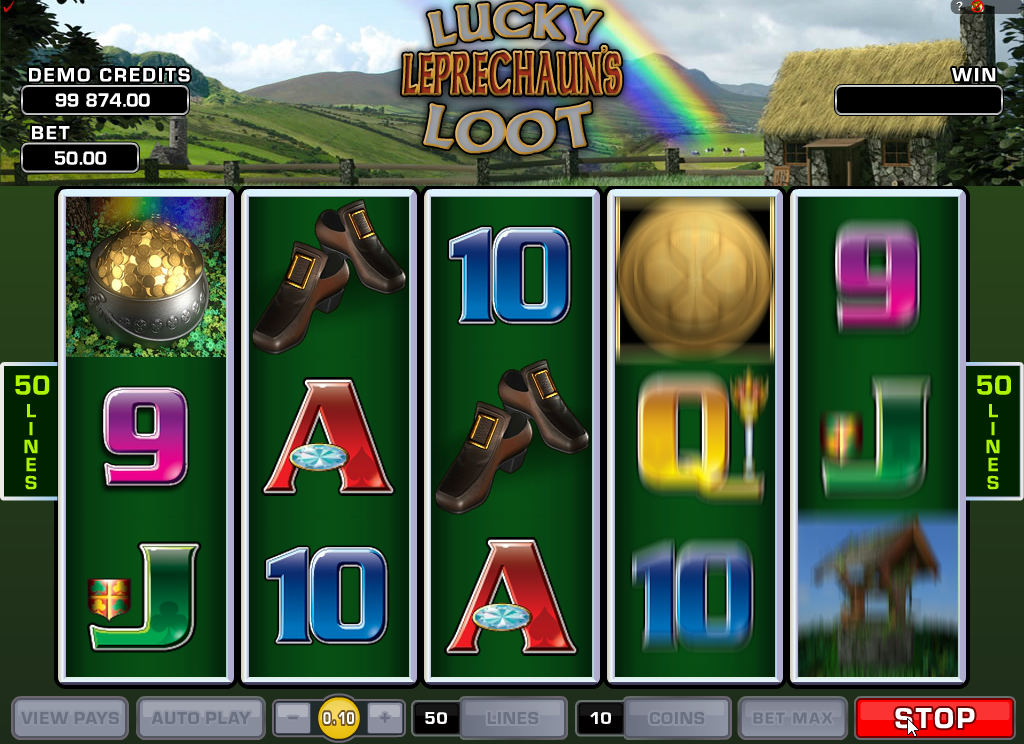 The leprechaun’s a lucky creature, but sometimes you have to start by making your own luck! Before you start spinning on the Lucky Leprechaun’s Loot slots game, you have to make a few choices on the reels. You get to decide on the coin size, the number of lines, and the number of coins. The coin size is the amount in MYR which each coin represents. The number of coins is the amount of coins you would like to bet on each line in the slots game. The more you bet, the bigger amount you will win if you make matches in this game! You may choose from one to fifty lines in this game. The more lines you choose, the higher your chances of winning it big! You can bet on up to fifty lines on this slots game – an extraordinary amount for any slots game!

The Wild symbol is the Clover Token Wild Symbol. If you manage to hit the Clover Token Wild Symbol, you can make even more matches, as the Wild symbol will help you substitute for all symbols except for the Scatter Symbol. All Wild wins during the base game are doubled (2x). During free games, you can win even more! All wins on free games are multiplied by three (3x), and Wild wins are multiplied by a whopping six times (6x)! 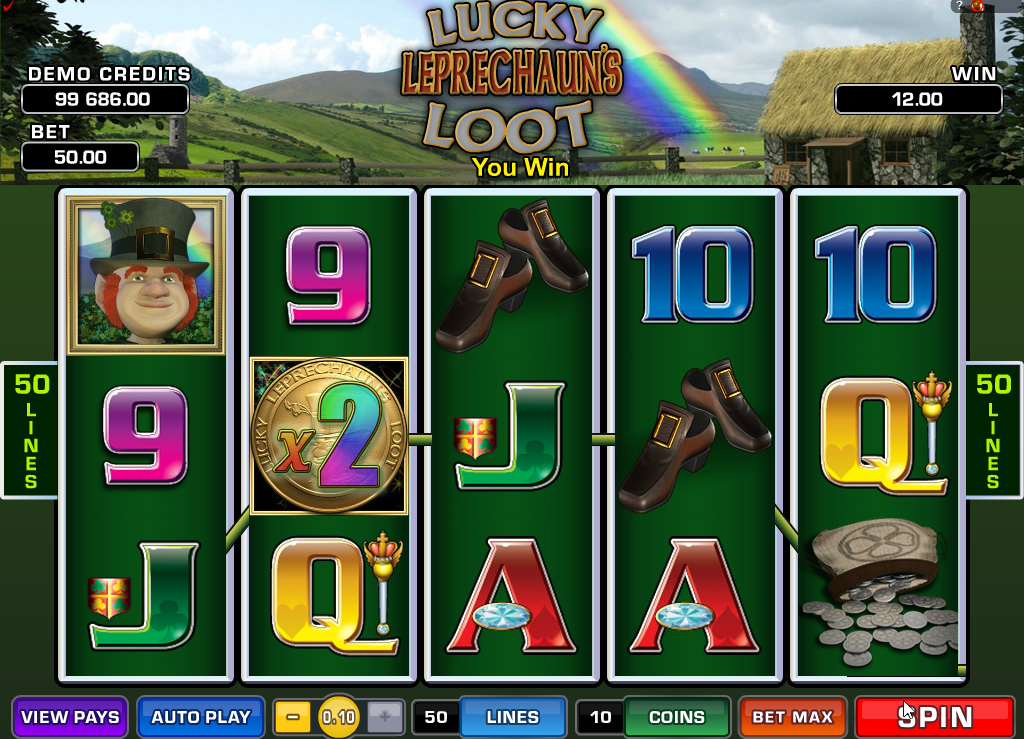 The leprechaun himself represents the elusive Scatter symbol in this slots game! Any three, four or five of the Leprechaun Scatter symbol will trigger fifteen, twenty or twenty five free games respectively. Free games can be re-triggered. When initial Free Games are complete, you may choose from one of three options:

The Mystery Prize is a randomly generated prize of two, five, ten, twenty five, fifty, one hundred, two hundred fifty, or five hundred times the total bet which started the feature. The above three options are available only after the completion of the initial Free Games feature. Choosing option two or three forfeits the initial Free Games feature win. Strategise correctly so that you may make the biggest win possible!

Also be sure to utilise the Auto Play function of this slots game. In Lucky Leprechaun’s Loot, the greatest feature is how streamlined and simple it is in order to make sure you can jump in and let the function take over as quickly as possible! When you hit the Auto Play button, the game will automatically spin itself indefinitely. Just keep on spinning, and keep on winning! Let the machine do its job for you! Convenience at its best. 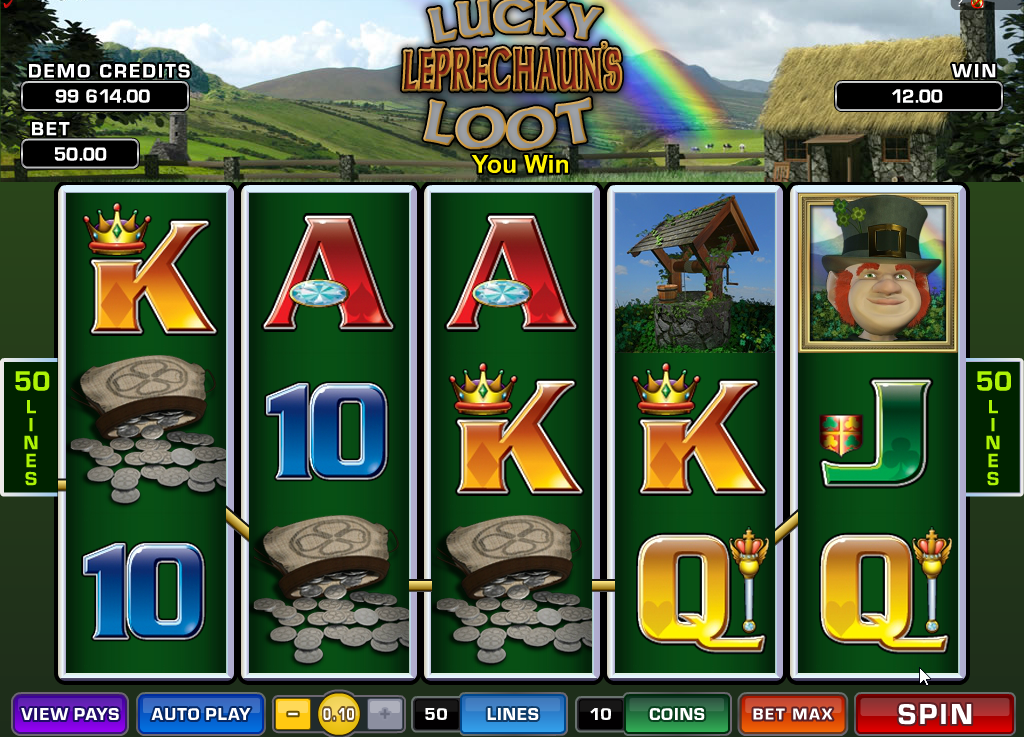 Start on your journey for that elusive pot of gold at the end of the rainbow right now! Play the Lucky Leprechaun’s Loot slots game today and win real life Malaysian Ringgit on the number one Online Casino and Sports Betting website in Malaysia.