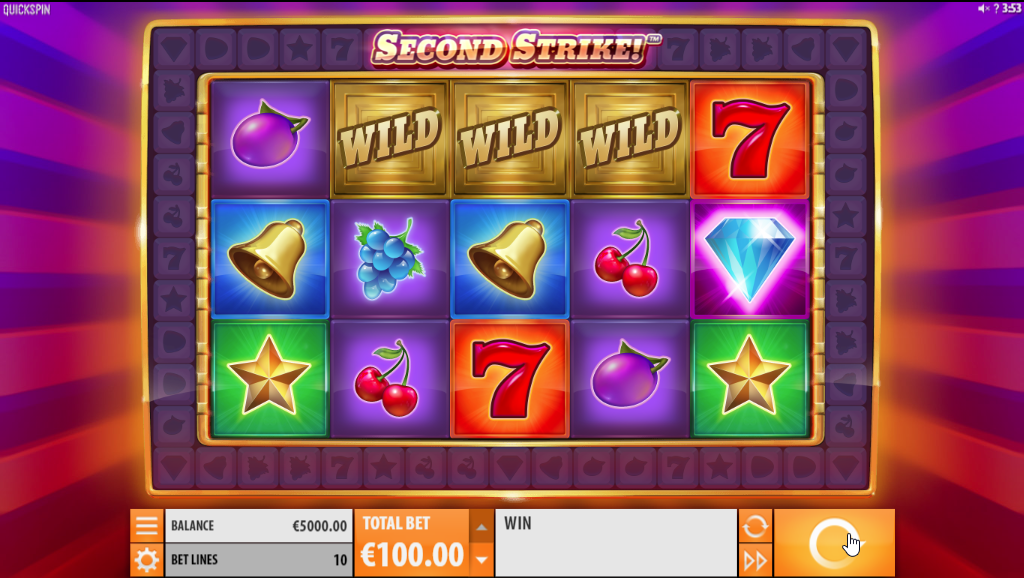 Sometimes, all you really need is the classics.

Take a step back from the fancy complicated things played by those young kids nowadays. Play the old school way with this retro online slots game! Spin to win, because you’ve got to be a winner! 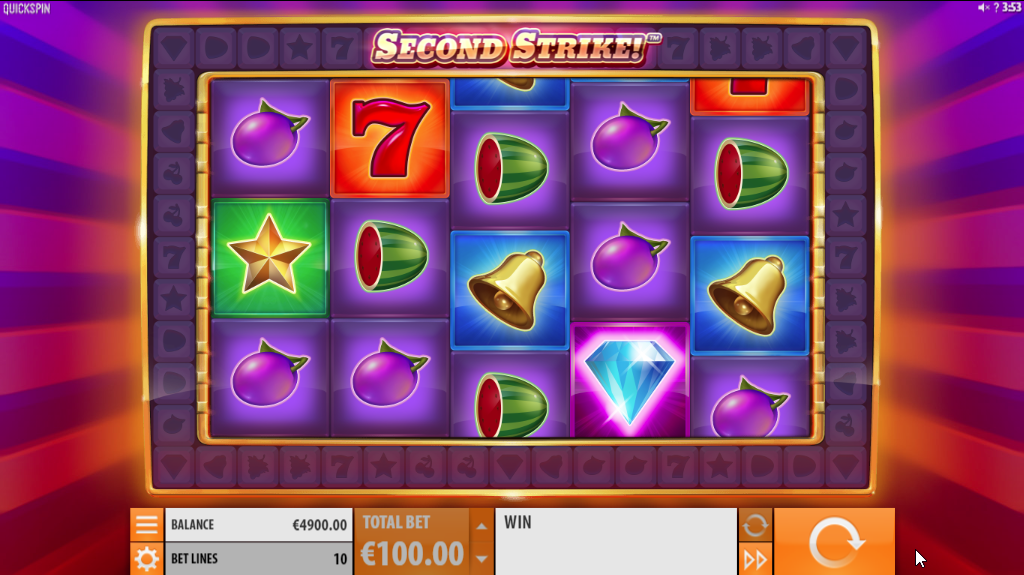 The first slot machines in the modern sense were invented by Bavarian-born American inventor Charles August Fey, at the time a mechanic in San Francisco, who built his first coin-operated gambling machine in 1894. The following year Fey built the 4-11-44 in his basement; it proved so successful at a local saloon that he soon quit his job and opened a factory to produce more units. In 1898 Fey built the Card Bell, the first three-reel slot machine with automatic cash payouts. The Card Bell had a handle that set the reels in motion when it was pushed down and playing card suit marks that lined up to form poker hands. His next slot machine, the Liberty Bell, was built in 1899 and used horseshoes and bells as well as playing card suit marks on the reels. Three bells lined up in a row meant the top payout. Chiefly because of the 1906 San Francisco earthquake, only 4 of more than 100 Liberty Bell machines built by Fey survive. The Liberty Bell proved immensely popular among saloon patrons in San Francisco and was quickly copied by Fey’s competitors, such as the Mills Novelty Company of Chicago.

The Second Strike online slots game stays loyal to the classical feel and takes on the aesthetics of old school slots machines. The purple and red psychedelic starburst is highly reminiscent of the surreal 70s, giving the game a throwback to the good old times. The sound effects and the background music also resonates with the good vibes of the era, and gives a very distinct mood that is extremely nostalgic. The slots reels are represented by the classical symbols that appeared in the old school slots machines – the diamond, the solid red number 7, the golden star, the liberty bell, the half cut watermelon, the blueberries, the single purple grape, and the very iconic cherries. 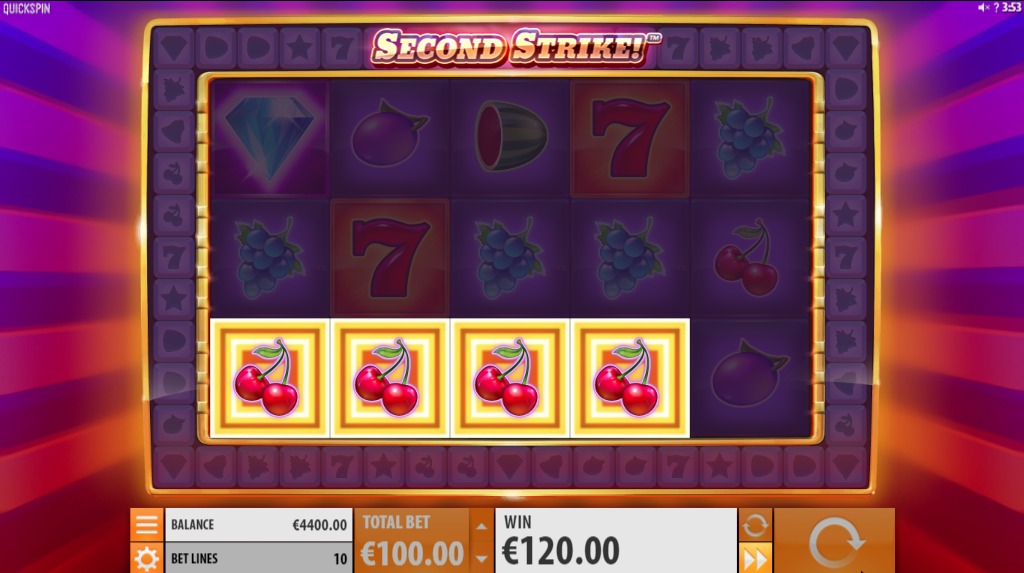 The developers have delivered again with their signature style of streamlining their software to best suit player needs. The Second Strike slots game features an extremely simple single choice before you can get straight into the game and start winning it big. All you have to do is choose the amount you wish to bet on each spin. While the software uses EUR as the main currency, the currency is automatically converted from your online gaming site wallet balance, so you don’t have to worry about conversion. Everything is done for you automatically so you can start playing without worry! 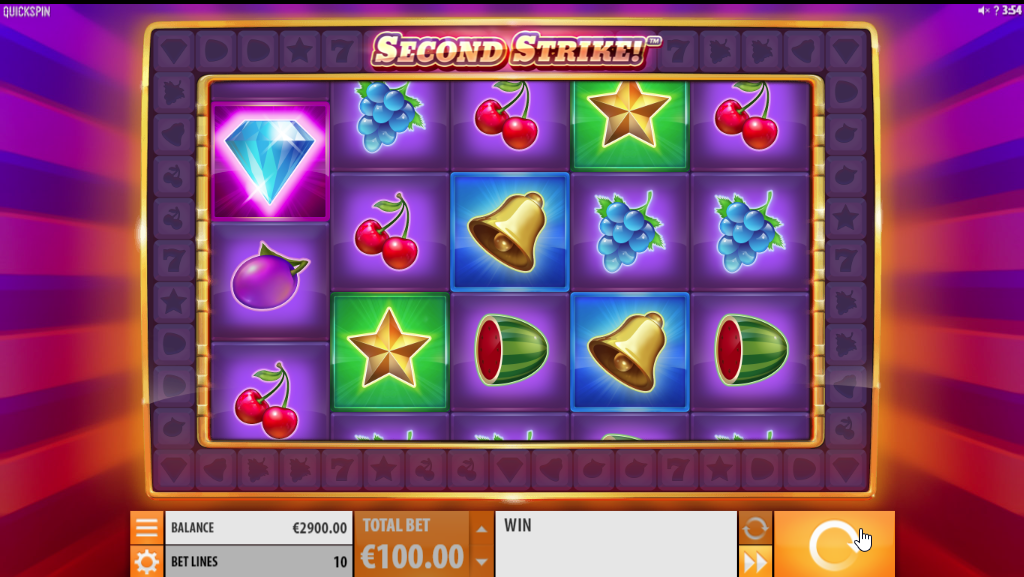 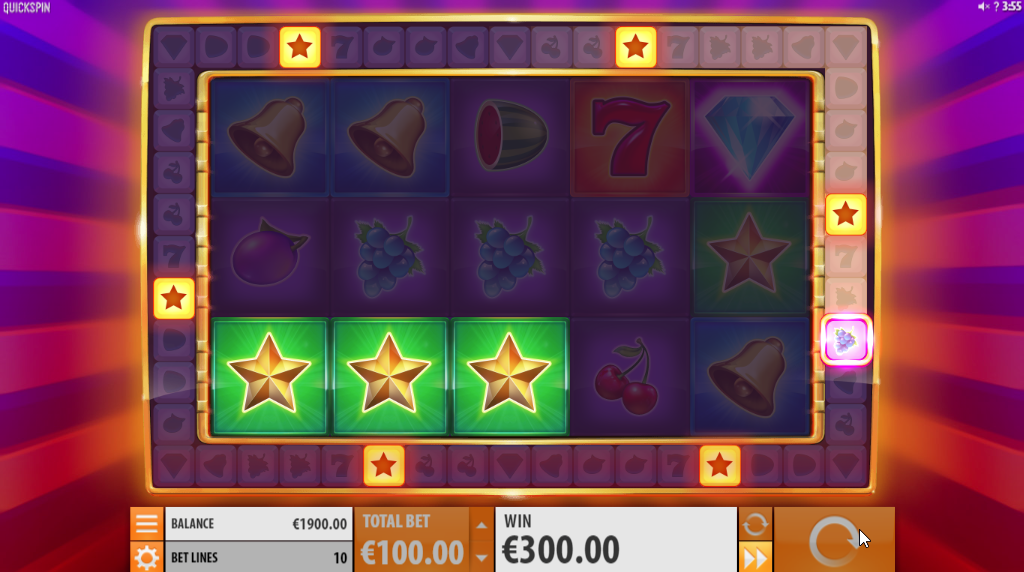 Keep things old school, and stay loyal to the classics!